This parish was founded in 1957 when seven people began to gather regularly for worship here in Wickenburg. In 1959, through the generosity and vision of Charles "Squire" Maguire and his wife Sylvia, the church was built and the land was given to the Diocese of Arizona. It is believed St. Alban was the patron saint of the Maguire's parish in their native Iowa. The parish became a self-supporting congregation in the same year and was granted official parish status. The Rev. Harold Beach Adams served as St. Alban's first priest from 1959 through 1960.

The Christian hero whom the parish claims as its patron saint is Alban of Britain. He is the first identified church martyr in the British Isles. Tradition holds that Alban was a young Roman soldier, recruited from the native Britons and stationed in a city northeast of London. The city was later renamed "Alban" in honor of his martyrdom, and the Cathedral of St Alban stands today on the site of his sacrificial death. He gave shelter to a Christian priest who was fleeing persecution, and was converted by the priest. When Roman officers came to arrest the priest, Alban exchanged clothing with the priest and allowed himself to be tortured and executed. (traditionally dated 304 a.d.)

​​Our Spiritual Leaders, the Reverends:​ 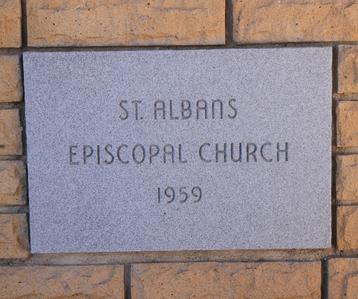 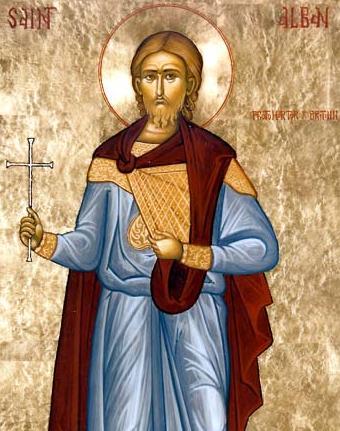